Muhammed has written about Britain’s colonial legacy with regards to LGBT+ discrimination. This was originally written for LGBT+ History Month as a reflection of LGBT+ History and the issues that we still face in the world today.

This blog post draws from my research, personal experiences and interests from both my undergraduate and master’s, where I explored the identities of British, Pakistani, Muslim males. LGBT+ History Month aims to raise awareness of, and tackle discrimination against the LGBT+ community, whilst simultaneously celebrating its achievements. In a similar vein, this blog celebrates advancements in same-sex marital statuses, whilst critically exploring the underlying reasons behind perceived socio-cultural “backwardness”.

In exploring the source of my contextually experienced homophobia within the socio-cultural environment of a Pakistani British Muslim identity, I came across Han and O’Mahoney’s (2014) study when conducting my undergraduate (Psychology with Counselling) literature review. Their work evidenced British colonialism as being responsible for non-heterosexuality’s criminalisation. Even after controlling for extraneous variables, they found ex-British colonies were still more likely to criminalise than other colonies or nations overall. Unfortunately, today, approximately 49 former colonies continue to criminalise non-heterosexuality, as legislations are difficult to dislodge legally and psychologically, further providing an understanding into the reasons behind the production of anti-LGBT+ (Lesbian, Gay, Bisexual, Transgender, with the “+” representing additional sexualities, not limited to pansexuality, asexual, demisexual etc.) attitudes. As such, when speaking at the Commonwealth, then British Prime Minister, Theresa May, expressed regret over the British Empire’s homophobic legacy (UK Government, 2018).

To provide context, British colonialism introduced the criminalisation of LGBT+ activities in India (Section 377 of Indian Penal Code of 1860). Pakistan gained independence in 1947, implementing this into Pakistan’s Penal Code (ILGA, 2019; Human Rights Watch, 2008), believing it was intrinsically natural within their socio-culture and religion. Massad’s (2002) work pointed out the irony of modern Westernism attacking the supposed repression of sexual freedoms within non-Western countries, whilst historically, it was pre-modern Westernism that attacked the Muslim world’s alleged sexual licentiousness. Colonialism criminalised queer sexuality, labelling it as “dirty” and “untamed”, only to now view sexual liberty as a sign of democracy and liberalism. 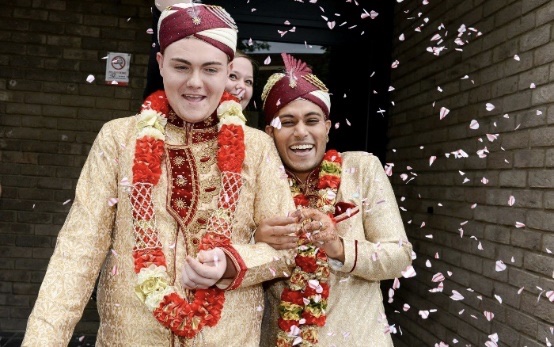 The marriage of Sean and Jahed (pictured above) marked the first Muslim male to wed in a same-sex marriage (June 2017). Although this indicated progression for those living within Western countries, such as England, it is important to continue to champion for the rights of those who are not in positions of privilege to express their sexual identity, as may be the case for former colonies which criminalise non-heterosexuality, e.g. Pakistan.

You might at this point be thinking. “Okay, Muhammed, but how do the events of something 3,900m away impact the realities of intersectional British LGBT+ identities?” Well, to answer that question, Robertson (2013) developed the term “glocalisation” (global + local), emphasising how events locally experienced (Pakistan) are now globally felt through globalisation as we become increasingly inter-connected. Further, migrant families from close-knit societies, such as those of my community and my people, closely relate and value familial ties through continued transnational connections as noted by Ballard (2002).

Drawing from my own research and work with British, gay, Pakistani, Muslim men, my participants also critically evaluated the source of homosexuality’s criminalisation within Pakistan, supporting above academic literature. In doing so, they ultimately took back control and restructured their narratives within the colonial contradictions that they highlighted, without being subjected to the beliefs of immediate family and religious institutions that were produced as a result of colonial conditioning. By repositioning the source of non-heterosexuality criminalisation, they noted how the British Empire left the colonised nations in the past, leaving them to think anti-LGBT+ stances were intrinsic in their socio-culture and religion, whilst they have become LGBT+-friendly. Further, I recall one participant interestingly pointed out if non-heterosexuality was such a significant issue within Islam, why was it not included within Islam’s major sins (Al-Kabirah) which would outlaw one as a Muslim and doom them to hell (Jahannam). In stating this position, they turned to Islamic literature, such as the Qu’ran, which cited shirk, witchcraft, murder, usury, slandering women etc. – yet made no mention of non-heterosexuality as a major sin. In working towards religious acceptance, they noted that the criminalisation of heterosexuality is not Islamic, but rather colonial. 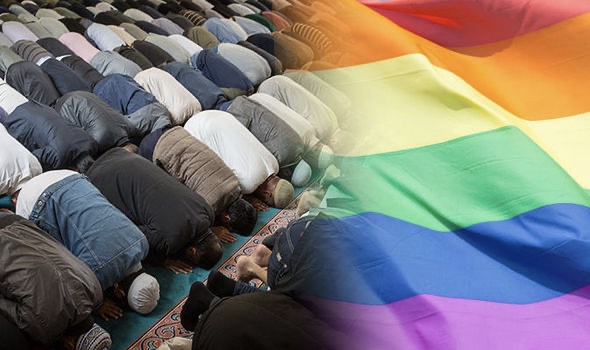 In doing this work I reached a state of understanding contextual anti-LGBT+ stances with a sense of awareness of what led to such stances. Coupled with my critical, inquisitive thinking, I was able to discover sources, materials and narratives which explained the production of homophobia as a means of colonial oppression, rooted within heteronormative imperialistic practices. In linking this to LGBT+ month, it is of equal paramount importance to continue to champion rights, freedom, and justice for all, regardless, as it is to celebrate the significant wins my community has had in overcoming such experiences.

This is a charity really close to my heart, an intersectional place for support around gender, sexuality and Islam. Hidayah aims to increase the representation, acceptance and equality of LGBT+ Muslims by providing a platform and co-constructing safe spaces. Hidayah does this by offering location specific groups (including Leeds), educational workshops and a sense of community and belonging.

Similar to the above charity, Imaan, supports LGBT+ Muslims, their friends and families with any potential identity-related issues by providing a safe space and support network opportunity. Unfortunately, due to COVID-19, they were forced to postpone the first Muslim Pride event. 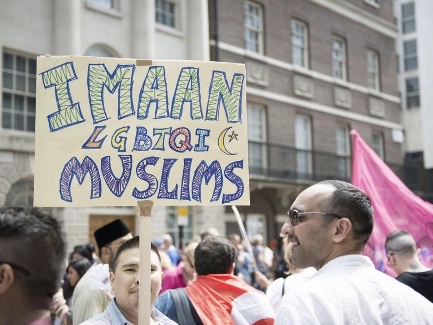