Orange joined Leeds Survivor Led Crisis Service last November as LGBT+ group worker and earlier this year became a Teen Connect Helpline Worker when we expanded the opening hours of that service, and shares some thoughts and feelings around being a proud part of a community, the intersection of race, gender, and sexuality with mental health, and looking ahead to future changes. Happy Pride Month everyone!

The coach is pulling out of Leeds Station and I am staring at my reflection in the window: dreadlocks, black skin, tired eyes. I travelled for nine hours to Leeds the day before to attend a trans rights demonstration, and now I am travelling back. I feel invigorated. I am promising myself that I will never again work in another discriminatory, racist, homophobic environment. As I Google new workplaces, I think back to all the times I have been told I am too “emotional” (read, hysterical), or “bossy” (read, aggressive) to fit in in workplaces. Once, somebody even went so far as to tell me that I needed to take a personality test to “learn how to work well with others” (the “others” were white people who had ignored and invalidated my input for the duration of the project). Nobody ever told me I was too black, or too gay, or too gender non-conforming, but those had always been the unsaid implications.

The concept that I could work with and for my community astonished me.

Two months after my trip to the Leeds protest, I found myself returning to the city for my new job: LGBT Group Worker at LSLCS. The concept that I could work with and for my community astonished me so much that it wasn’t until my first day, when I arrived and was handed my keys, that it started to feel real for me. It has now been eight months since I began as LGBT Group worker, and I have moved throughout the charity, now also working with the Trans Group based at MESMAC, and the Sisterhood Black and Minority Ethnic Women’s Group.

In January I expanded my practice and took on the role of Teen Connect Helpline worker, meaning I now spend every afternoon of my weekdays working to support teenagers’ mental health too. LGBT youth are almost five times more likely than heterosexual youth to attempt suicide. Black children have the highest rate of deaths by suicide in the UK. Simply put, these people are my people, these children are my children, and our society is killing them. I work every day so that fewer people suffer alone. I don’t want any more black and LGBT suicides. But I cannot stop the violence still perpetrated against black people, and the murders that go un-punished. It is time to call for change, it is time to act.

I am forever proud of my community and I will always work to serve it as best as I can.

When George Floyd’s murder came to the forefront of the news last month, I was not surprised. Having lived my whole life around communities which have been utterly decimated by racism and homophobia, I am by now desensitised to the murders of my people. The police force that we know today (both in the UK and the US) originated from groups of armed white men, known as slave patrols, their entire purpose was to monitor black people’s behaviour and to physically abuse them. Is it any wonder that that is what the police force is still doing today? Racism in the US was birthed from the colonial history of the UK, it is therefore our joint responsibility to dismantle it. Although I was not surprised by the death of yet another black person at the hands of systemic racism, I was surprised at the global outrage that it caused. Where were these white allies when Breonna Taylor was killed by the police in March? Where were they when Nina Pop was stabbed weeks before? Where were they every day before now when we needed systemic change?

Almost fifty one years ago, lesbians and trans women of colour made history with the Stonewall uprising by fighting back. Their efforts have not gone to waste. The LGBT community are looking at a world built on the backs of Marsha P. Johnson, and other black transgender women. Now, as we see the aftermath of George Floyd’s murder, we begin to see black people fighting back too. I am forever proud of my community and I will always work to serve it as best as I can. I am grateful to have been raised by a mixed race woman of colour, I am grateful to be a part of the black community, I am grateful to be a part of the queer community, and I am grateful for the change that is yet to come for us. 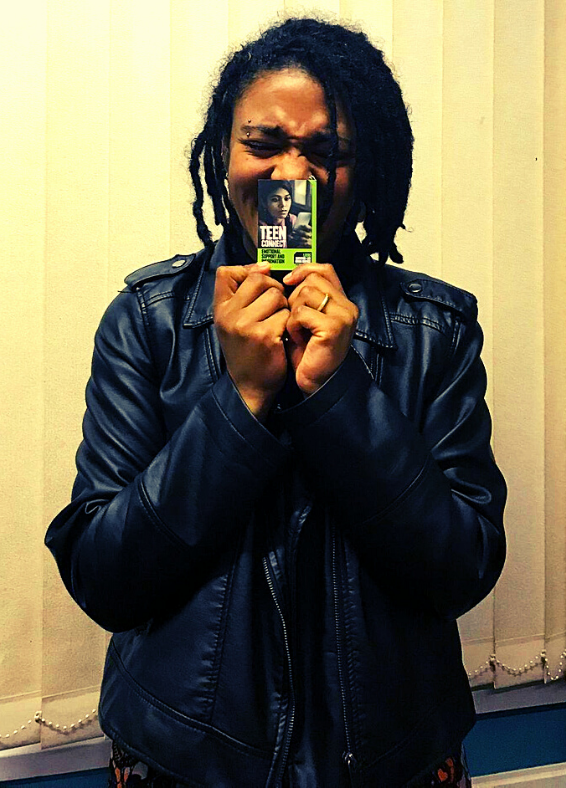